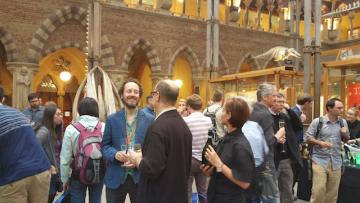 Following the success of last year's Digital Musicology workshop at the Digital Humanities @ Oxford Summer School, we were very pleased to have the workshop accepted again for 2016. The workshop is the perfect platform for bringing together the ideas we've been investigating during Transforming Musicology and explore them with the wider musicology community.

Just as last year, this year was a sell-out with nineteen delegates. We were delighted to have three bursaries: Lawrence Davies (King's College London), Anna Kent-Muller (Southampton), and Shanna Lorenz (Occidental College) who were all Ph.D students. The other delegates represented a variety of career stages and were a mixture of academics, librarians, and publishers.

The success of the workshop is in no small part down to the speakers and tutors assembled from both within the Transforming Musicology project partners and the wider digital musicology community—see the full programme for all those involved, and to whom we are indebted. The programme for this year carried forward most of the subjects from last year, with the welcome addition of an introduction to digital techniques in music cognition research given by Klaus Frieler, and a case study on producing a digital catalogue of the works of Frederick Delius given by Joanna Bullivant.

As well the presented materials and exercises, there was a lot of discussion around both specific techniques and general principles of digital musicology. Some highlights included the question of whether digital approaches are merely intended to make research faster or able to range over larger collections, or whether there's something fundamentally new and different about digital musicology as compared to the existing discipline. On this question, it was mentioned several times that digital musicology is not intended to replace musicology in any way but that often, digital research would rather lead to new places where traditional methods could then be applied.

The subject of resource creation and all the related issues of encoding standards, discoverability, authority, and sustainability were raised on several occasions. This debate was especially in relation to the topic of Linked Data and its applications in music research. During the closing roundtable discussion, one of the delegates gave an impromptu presentation of two data sets he works on: A Spanish Collection of Traditional Music Heritage and another similar catalogue of choirbooks in Spain. This highlighted some issues around encoding standards with their approach to encoding musical incipits in these resources.

The idea of curating a Linked Data resource was raised during the roundtable too. Questions were asked about the long-term maintenance of links and around the authority of links. It was noted that, even if a link becomes unresolvable, it still retains its utility as a unique identifier. In relation to this, the possibility of using the Internet Archive was mentioned and the practice of archiving important Web resources locally. There was also similar discussion about authority indexes such as VIAF and how useful they are for music research. 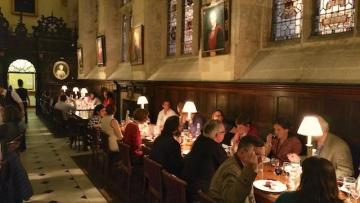 A question was asked about whether there's a currently maintained list of digital musicology projects. The consensus of the group was that there isn't and that such lists tend to get started by early career researchers who don't yet know the field but then get abandoned when those researchers move on. It was suggested that mailing lists such as computational-musicology.net might be good places to find out about available resources and also that a Wikipedia page might be the optimum place to attempt to maintain such a list.

We were very pleased with how the workshop went and it seems that the level of interest indicates that digital musicology is becoming firmly established as a discipline.

Slides and other resources from the workshop can be found on the Transforming Musicology website. 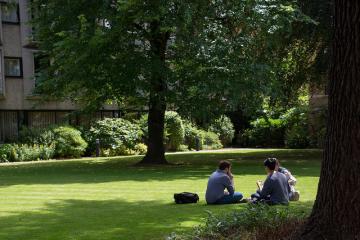