Although its origins are in the previous century, lute tablature notation became extremely important in the early years of the sixteenth century, and its rise is closely linked to the rise of printed music as a whole. The release of digitised scans of over 300 books of early modern printed music by the Early Music Online project (Royal Holloway and the British Library), when combined with the material in the Electronic Corpus of Lute Music, has made digital investigation of this period possible possible, with the aim of strengthening the evidential bases for our musicological understanding of the music of the period. Of particular interest is the interaction between instrumental and vocal music from a time when approximately half of the lute and keyboard music that survives consists of arrangements of originally sung source material.

Lute tablature (and a monkey) from the Capirola MS

Wagner's use of musical material that recurrs throughout an opera to characterise a person or an idea is complex, and his approach to these motives evolves through his life. The systematic identification and naming of these did not, however, form part of the plan for the reception of his works: his admirers named and explained them, dubbed them leitmotives, and published guides to the their occurrences in his operas.

Transforming Musicology's investigation of the Leitmotive followed several parallel approaches. While Laurence Dreyfus looked to the music of the operas for evidence of Wagner's own dramatic strategies, Carolin Rindfleisch approached the guides themselves, seeing what they tell us about the reception of Wagner's operas. In addition to these more traditional and historically-oriented musicological undertakings, Daniel Müllensiefen took a psychological approach, considering how the music is perceived now. Through memory experiments and taking live biometric measurements during a complete performance of the Ring cycle, he investigated physical responses to Wagner’s compositional strategies.

Carolin Rindfleisch (January 2016). ‘'The eternal question to fate, surging up from the depth': Richard Wagner’s Descriptions of his Leitmotives in Changing Contexts of Communication’. In RMA Students' Conference 2016. Bangor, UK. 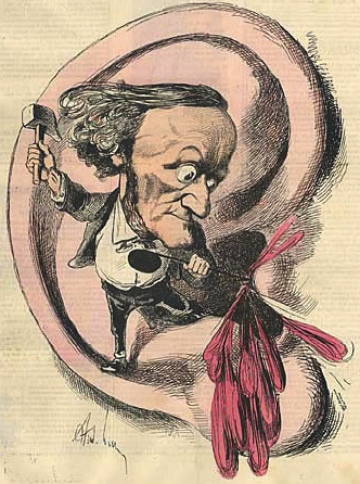 Musicology of the Social Media

As music becomes increasingly – almost exclusively – consumed and discussed through the Internet, it seems that musicology should adapt accordingly, developing new methodologies capable of taking into consideration massive amounts of evidence that comes in entirely new forms. Using techniques from MIR, network analysis, musicology and sociology, Transforming Musicology began to explore the tools and approaches that might help us develop ways by which online communities and their patterns of consumption and reception can be studied.

Social networks operate in scholarship as well, and the techniques use here were also applied, in a preliminary way, to RILM bibliographic data.

Ben Fields, and Christophe Rhodes (August 2016). ‘Listen To Me – Don't Listen To Me: What Communities of Critics Tell Us About Music’. In Proceedings of the International Society for Music Information Retrieval Conference (ISMIR 2016). New York, NY. [pdf]

Justin Gagen (May 2015). ‘Auditing The Echonest – Investigations to gauge output accuracy’. In Auditing Algorithms From the Outside: Methods and Implications at AAAI Conference on Web and Social Media (ICWSM). Oxford, UK. [abstract]