Professor Tim Crawford is the principal investigator for the Transforming Musicology project.

Professor Crawford worked for 15 years as a professional musician. During that time he played as a lutenist with most of the leading conductors and ensembles active in baroque music, and played on a number of recordings made during the 1980s. In 1989 he received a three-year Leverhulme Fellowship to work on the lute music of Silvius Leopold Weiss.

After some years at King’s College, London (1989-2001) and City University (2001-4), he moved to Goldsmiths, University of London, where he is Professorial Research Fellow. His musicological work is mostly centred around lute music, especially that of the 18th century. He edited the Complete Works (over 650 pieces) of the German lutenist, Silvius Leopold Weiss (1687-1750), an exact contemporary and friend of J.S. Bach. Other research has involved music for the viola da gamba, the early violin and other instruments in Germany, France, Holland and England. Professor Crawford is a founding member of the IMS Study Group on Tablatures in Western Music.

Since the early 1990s he has been active in the rapidly-expanding field of Music Information Retrieval (MIR); he was the UK coordinator for the international project, OMRAS (Online Music Recognition and Searching), which led to the inception of the ISMIR conferences. From 2012-4, he served a two-year term as President of the International Society for Music Information Retrieval.

Other projects for which he has acted as investigator or co-investigator include the Electronic Corpus Of Lute Music, MeTAMuSE (Mellon Foundation); the eScience project Purcell Plus: Exploring an eScience Methodology for Musicologists (AHRC/EPSRC/JISC); and the international MIR project Networked Environment for Music Analysis (Mellon Foundation).

Christophe's research journey began in the field of early-Universe cosmology, where he did his doctoral work in the observational signatures of speculative theories of high-energy physics. Since then, he has worked on problems in music informatics, including semantic audio segmentation, musical score editing software, and similarity search in large audio databases. He also maintains SBCL, a Free Software implementation of Common Lisp, and was Chairman and co-Founder of Teclo Networks, a telecommunications infrastructure supplier. Christophe is a senior lecturer in the Department of Computing at Goldsmiths.

Christophe was co-investigator on the Transforming Musicology project, working principally on audio search and on the relationship between musicology and social media.

David Lewis trained as a musicologist, completing his Master’s degree at King’s College London in 2000, specialising in Historical Musicology. Since then, he has worked as a researcher on a range of digital musicology projects. His work includes building corpora, such as the Electronic Corpus of Lute Music; digital scholarly editions of music treatises, for example Johannes Tinctoris: Complete Theoretical Works and Thesaurus Musicarum Italicarum; and works catalogues (‘Delius Catalogue of Works’). He has taught on both music and computing degree programmes. His two-volume study guide on database systems has been published by the University of London and is used for their undergraduate International Program.

David was based at Goldsmiths, primarily involved in the research strand concerned with early modern music, and later at the Oxford e-Research Centre, focussing on the semantic infrastructure. 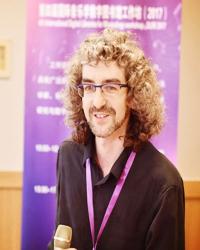 Ben Fields completed his PhD thesis as part of the OMRAS 2 project at Goldsmiths in 2011. He holds a BSc in Computer Engineering and an MSc in Music Engineering Technology. He is especially interested in predictive modeling of song sequences for recommendation and discovery and also performs as a DJ.

Within Transforming Musicology, Ben worked primarily on the musicology of the social media topic. After the end of the project, Ben became a data scientist for FutureLearn, a company that makes and delivers online courses. 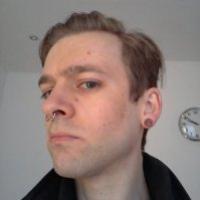 Justin Gagen graduated from London South Bank University with a BSc in Computing Studies, and proceeded to work in web/media development and management at City University until 2005. He then moved to Imperial College, where he worked in e-Learning support.

In 2010 Justin undertook an MSc in Digital Anthropology at UCL, choosing to ethnographically examine musicians who perform live music via virtual environments. He co-authored a chapter based upon this work with Prof. Nicholas Cook, for the Oxford Handbook of Music and Virtuality.

Justin has been playing music for over twenty years, and regularly performs live, often via virtual environments. He tries to release "at least one record a year" via his own label.

As a PhD student on the Transforming Musicology project as Goldsmiths, he concentrated his research on ‘The Musicology of The Social Media’ strand of the project.

Daniel Müllensiefen is a reader in psychology at Goldsmiths, and editor of the online open access journal Empirical Musicology Review. His research interests include understanding individual differences in musical ability, musical memory, and statistical models of music cognition, and he direct's Goldsmiths‘ MSc programme in Music, Mind and Brain.

On the Transforming Musicology project, he directed the psychological study of audience responses to Wagner‘s Ring Cycle. 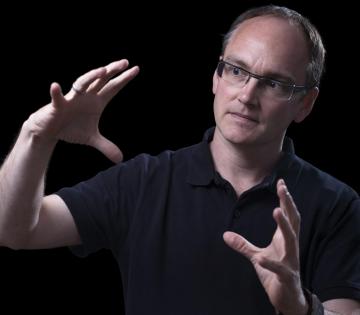 Laurence Dreyfus is Emeritus Fellow of Magdalen College Oxford. He is a viol player and has research interests including J. S. Bach and Richard Wagner, 18th- and 19th-century music more broadly, English consort music, theories of music analysis, and performance studies. He founded the Phantasm viol quartet in 1994 which has gone to release a number of award-winning records of English consort music.

Laurence acted as co-investigator on Transforming Musicology, responsible for the research strand on Wagner‘s leitmotives. He supervised Carolin Rindfleisch‘s doctoral work, in collaboration with Oxford e-Research Centre. He also collaborated closely with Daniel Müllensiefen on the psychological analysis of leitmotives and audience responses to opera more generally. 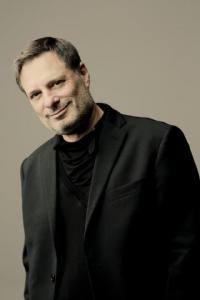 David De Roure is Professor of e-Research at the Oxford e-Research Centre and a Fellow of Wolfson College. He has played a leading role in developing digital applications for a wide variety of academic disciplines, including especially the social sciences and the digital humanities (focusing on computational musicology).

David acted as co-investigator on the Transforming Musicology project, responsible in particular for directing the development of the Semantic Web infrastructure research strand.

Dr. Kevin Page is a senior researcher at the University of Oxford e-Research Centre, where he leads a team working on cultural and societal informatics. During Transforming Musicology he led the Semantic Web Technologies topic.

For several years Dr. Page has been working towards the use of computational methods in the organisation and analysis of music and musical information, with a particular interest in ‘digital musicology’. He is principal investigator of the AHRC ‘Unlocking Musicology’ project and a co-investigator of ‘Digital Delius: Interpretation, Performance, and Analysis’ (PI Daniel Grimley, Oxford). He is co-founder and chair of the Digital Libraries for Musicology series, which held its fourth workshop at the Shanghai Conservatory of Music in the autumn of 2017, and is co-editor of an IJDL special issue on the same topic. In the EPSRC ‘Fusing Audio and Semantic Technologies’ (FAST) project he leads the ‘Music Flows’ workthread, in which Linked Data intersects with workflows and Digital Music Objects (DMOs) to enhance the end-to-end value chain across the music industry from producer to consumer. Previously, Dr. Page led the Semantic Web workpackage for the AHRC ‘Transforming Musicology’ large grant. During Transforming Musicology he established the Digital Musicology workshop, the first of its kind, at the Digital Humanities at Oxford Summer School, for which he continues as convener and course leader. 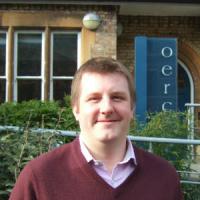 Terhi joined the project as a Postdoctoral Research Associate at the Oxford e-Research Centre, where her research centred on the Linked Data publication paradigm and the potential of Semantic technologies to aid and support scholarship in the Digital Humanities. Within the project, she focussed on the supporting semantic infrastructure research strand. Since working on the project, Terhi has been appointed lecturer in digital humanities at the Australian National University. 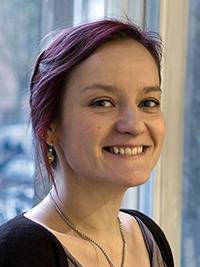 Mark Sandler is Professor of Signal Processing in the School of Electronic Engineering and Computer Science at Queen Mary. He was a co-investigator for Transforming Musicology, with responsibility primarily for audio features and retrieval. 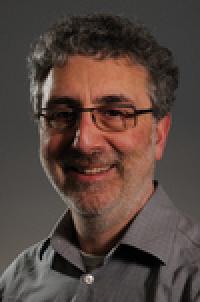 Geraint Wiggins is Professor of Computational Creativity and Head of the School of Electronic Engineering and Computer Science at Queen Mary. He was a co-investigator on Transforming Musicology, advising on the mid-level semantic music representation and supervising the doctoral research of Nick Harley. 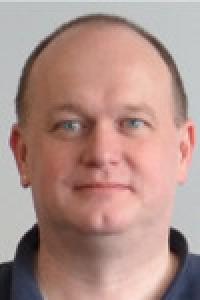 Nicholas Harley holds an MEng in Electronic and Electrical Engineering from UCL and in 2014 completed an MSc in Sound and Music Computing at Universitat Pompeu Fabra in Barcelona. His masters thesis focused on systematic computational techniques for the analysis of pitch organisations.

He was a PhD student on the Transforming Musicology project at Queen Mary University, supervised by co-investigator Geraint Wiggins, concentrating on mid-level representations of music, specifically extensible representation languages and inference systems.

Alan is a senior lecturer in music at Lancaster University and editor of Journal of New Music Research. His research interests focus on applying music analysis techniques with computers.

Alan's role in Transforming Musicology was to co-ordinate the mini-projects attracting applications, selecting projects, overseeing their completion and ensuring that connections between core team members and the mini-project researchers were explored. 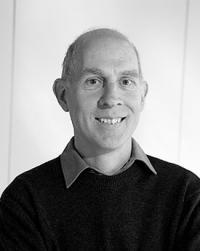 Frans Wiering is Assistant Professor at the Department of Information and Computing Sciences of Utrecht University. His research interests encompass music information retrieval, computational musicology, and music technology for games and virtual worlds. He is chair of the International Musicological Society's Study Group on Digital Musicology and board member of the International Society for Music Information Retrieval.

Frans' acted as an international co-investigator on Transforming Musicology, involved with the case studies on 16th-century lute and vocal music and also on Wagner's leitmotives, and providing advice on user interaction.