AHRC Doctoral Studentship in Hearings of Wagner's Letimotives for the Ring, 1876—1976 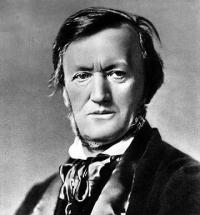 Applications are invited for a three-year Doctoral Studentship in Musicology, funded by the Arts and Humanities Research Council, located at the Music Faculty of the University of Oxford, under the collaborative supervision of Prof. Laurence Dreyfus (Faculty of Music) and Prof. David De Roure (Director, Oxford e-Research Centre). The deadline for applications is Friday 8th November 2013; interviews will take place in the week beginning 18th November 2013. The Studentship will commence at the beginning of Hilary Term (January) 2014.

The leitmotivic practices employed in Richard Wagner's Ring des Nibelungen have received a rich and varied reception since the work was first staged in 1876. Wagner's leitmotives have been understood differently in different European cultures. Not only are different names assigned, but the morphology of individual motives as well as the complete 'lexicon' for each of the mature music dramas differ in appreciable ways. 19th- and early 20th-century sources for these leitmotivic lists include opera guides with musical examples and stand alone leitmotivic booklets but also scores for piano alone and piano with voice issued by a range of music publishers across Europe and in America, which have never before been studied as a genre of musical cognition, perception, and interpretation. Beginning in 20th century, there are also 'audio' guides which present excerpts from specific recordings in an attempt to structure a listener's understanding in particular of Wagner's Ring. There is little uniformity within these various forms of leitmotivic identifications - indeed, publishers may have gone out of their way to differentiate their products from those of their competitors in the context of a single market. In the case of dramatic guides – in the tradition of Hans von Wolzogen's thematic leading threads (Thematische Leitfaden) – the embedding of leitmotivic identification within an overarching narrative account of the operas sheds light on how audiences were encouraged to hear and appreciate the drama, and in a more general theoretical sense, how music, language and dramatic action coincide within the Wagnerian experience.

The doctoral project 'Hearings of Wagner's Leitmotives for the Ring, 1876-1976' will collate, catalogue and analyse these variant forms as a primary guide to the contrasting forms of Wagner reception in different cultural contexts. The work will marry traditional historical and philological research on leitmotives with insights gleaned from the data retrieval and analysis as well as from the psychological studies on perceptions of leitmotives. To make the research manageable and productive, this will focus on a limited musical corpus, most likely a single stage work, cataloguing and comparing the significance of the naming and identification of Wagner's leitmotives in a variety of European cultures (France, Italy, England and Germany), each of which developed a distinctive approach to the operas. The thesis will emerge from a methodological engagement with old and new 'technologies' in two modes of reception studies – working out how Wagner was heard in historical contexts and how he is being heard and analysed today.

The studentship is offered as part of the AHRC funded "Transforming Musicology" project which explores the effect of digital methods on music scholarship and people's interactions with music more broadly. Consequently, it is expected that the doctoral student will collaborate closely with technical experts working on this project and integrate some of these advanced methods into the work.

This three-year studentship is for fees plus a tax-free stipend starting at £13,726 per annum. Further details of the AHRC scheme including terms and conditions can be found here:

Candidates must have a first class or 2.i undergraduate degree or equivalent in music and have completed a Master's course, ideally in historical musicology. A fluent reading knowledge of German is also essential. Other relevant qualifications and/or areas of expertise include (but are not limited to): a good reading knowledge of another European language, computing, information science, music psychology. Whatever their backgrounds, candidates will need to be able to demonstrate an in-depth understanding of music-historical concepts and familiarity with primary source studies.

The world of music has been already transformed by the digital revolution. The same technology that has given unprecedented musical access to a vast and ever-growing international audience can open up musicology up to the world. Transforming Musicology aims to show how the computational tools of music information retrieval (MIR) can be enhanced and adapted to the needs of musicologists, and how state-of-the-art developments in the Semantic Web can be exploited both to make their work more sustainable, and to apply their methods to new data.

The project will stimulate creativity through multidisciplinary collaborative work. We shall be using MIR tools in three main strands of research. Two of these are typical areas of historical musicology and will be conducted by world-leading experts: 16th-century music and Wagnerian leitmotives. These will use state-of-the-art score- and audio-analysis techniques to extend the range of musicological investigation beyond the normal limitation to printed scores. We'll also be doing psychological work at Goldsmiths to study how leitmotives are recognisable (or not). Our third main research strand is entirely novel, being nothing less than a prototype for a new "musicology of social media". Music is now created, recorded, distributed, re-used and shared entirely online throughout the world and we will explore a whole new way of studying it and the online spread of musical ideas.

Informal enquiries can be made by email to Prof. Laurence Dreyfus (laurence.dreyfus@magd.ox.ac.uk). Please note that Prof. Dreyfus is unable to advise, prior to interview, whether an applicant is likely to be selected.

To apply please follow the graduate application process. Further details about the DPhil programme in the Faculty of Music are here. Applicants should submit a statement of interest in the project, explaining why their background and skills are suited to the project.

The deadline for applications to be received is Friday 8th November 2013; interviews will take place in the week beginning 18th November 2013. Applicants not resident in the UK may be interviewed via Skype.